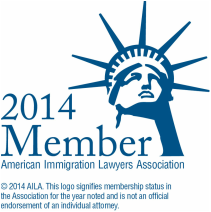 Glenda Bunce - Executive Director/ Attorney
Glenda Bunce founded DOCILA as a nonprofit immigration law office in March 2007.  She is Executive Director and one of the 2 immigration attorneys in the firm.  Ms. Bunce has experience with all aspects of family based immigration law and has been especially successful with I-601A pardons for spouses who have an illegal entry into the U.S and Parole in Place for military families.
From January 2002 to February 2007 she was Director of Catholic Charities of South Carolina Immigration Legal Services.  She started its immigration law offices in Columbia, Mt. Pleasant and Greenville.
Ms. Bunce is fluent in Spanish.  She was a Peace Corps Volunteer in Venezuela and has also lived and worked in Lagos, Nigeria, and Cairo, Egypt.  She has spent considerable time in Mexico and Guatemala, studying Spanish and traveling.

Micaela Montes has been the Paralegal at DOCILA since the office opened in March 2007.  Previously from March 2004  to March 2007 she was paralegal with BIA accreditation at the Columbia Office of Catholic Charities Immigration Services.   She has attended numerous trainings on family-based immigration law sponsored by CLINIC (Catholic Legal Immigration Network).
Ms. Montes completed an Associate degree in Public Service in Paralegal Studies degree from Midlands Tech in 2008.  She is a native of Mexico and is fluent in Spanish.